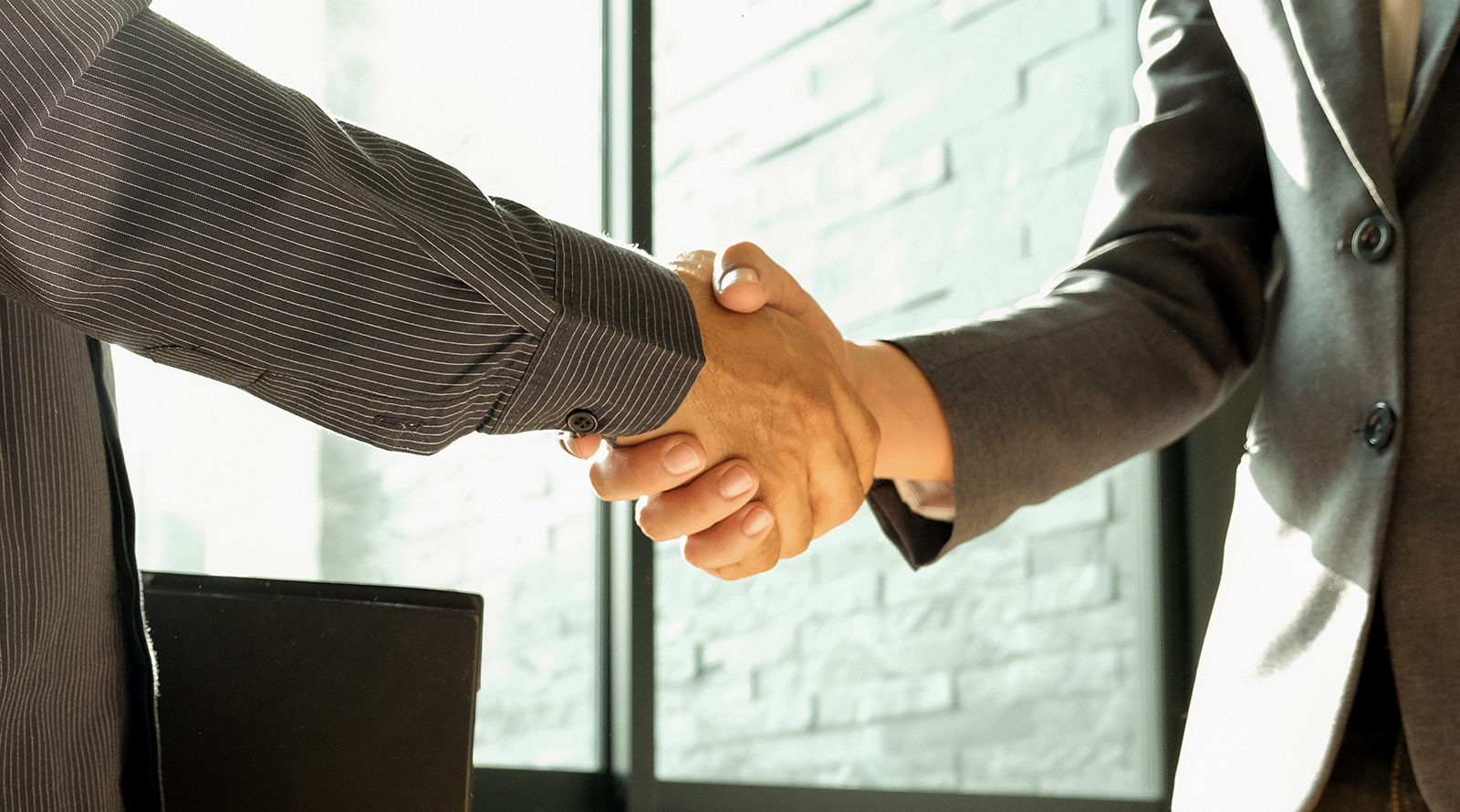 Many have already questioned if the Council’s decision is a sign of things to come. Some argue that in the future, more and more organisations will abandon the long-running practice of outsourcing functions that are not core to the business. You may even be considering bringing your own services such as IT back in house – a process called ‘insourcing’. Or you may have written off the idea of ever outsourcing your IT.

Is it really that straightforward? Do IT outsourcing firms and managed service providers (MSPs) like us need to hang up our hats?

But MSPs shouldn’t rest on their laurels. So it’s worth exploring why a polarising ‘outsourcing versus insourcing’ debate is not useful for anyone, including you and your business.

Paving the way: the iPhone and Office 365

Before we consider how companies might work with MSPs in the future, we need to look back.

Let’s start with the first iPhone. Released in 2007, it is one of the few modern gadgets that I consider a true disruptor. It transformed many of the time-consuming, laborious functions of our desktop machines into an elegant, accessible mobile format. Overnight, our love-hate relationship with technology became a love affair with the smartphone. Thanks in large part to the arrival of the iPhone, we would no longer settle for unreliable internet connectivity, clunky productivity tools and fiddly email processes.

By the time smartphones had really got into full swing, including the arrival of Google’s Android, something else happened that’s crucial to the story of outsourced IT: Microsoft Office 365.

Prior to the arrival of this Cloud-based software in 2011, most businesses were wary of the Cloud and many still relied on physical software. This meant CD-ROMs or on-site servers; licensing and installation headaches; and painful upgrade processes.

When Office 365 arrived, it introduced businesses and their workforces to the Cloud. And most importantly, it did so on a huge scale.

Of course, we’d all been using the Cloud previously. The internet, emerging social media and iPods had been gently ushering us towards the concept of data being up there, somewhere. But because Microsoft Office was, and still is, so widespread, it meant there was simply no escaping the new era of the Cloud. It had arrived in the workplace to stay.

The turning point in our collective mindset

You may wonder why I’ve talked about the iPhone and Office 365. Ultimately, one is a handheld device that’s immensely popular around the world, and the other is a piece of productivity software that’s integral to the modern workplace. But it isn’t so much the literal function that matters here. It’s how they have transformed the mindsets of many.

In the case of the iPhone, it has spawned a world where people expect seamless user experience. They won’t tolerate inefficiencies in technology. They expect reliability, insist on simplicity and won’t tolerate speed that’s anything less than instant. And all of these expectations will only increase.

Meanwhile, Office 365 has shown businesses in droves that having their data in the Cloud needn’t be scary. It’s demonstrated that Cloud-based software and services are ideal for the modern workforce, where people no longer need to be chained to their desktop computer. It’s proved that Cloud software can easily grow with a business, in what’s now termed as ‘scalability’. And let’s not forget the cost savings. Like most Cloud-based services, Office 365 offers a way to reduce or remove certain aspects of capital expenditure. It can also do away with the expense and hassle of relying on, and maintaining, on-site servers.

Arguably, Office 365 has played a huge part in transforming business software – and by extension, business life. Companies large and small have now embraced the Cloud and want more of it.

What has this got to do with outsourcing and MSPs?

I’ve been working in technology for more than 20 years – through all of my career. I’ve seen the widespread adoption of mobile phones. I’ve seen the dot-com bubble burst. I’ve seen IT emerge from the dark depths of the hardware cupboard and into the boardroom.

And now, I see a common theme with so many businesses: the C-suite declaring ‘we need to move to the Cloud’.

Why is this happening?

Sometimes, senior management learns of another company, or competitor, migrating to the Cloud. And this brings out a sense of rivalry, or even prompts a reckless race to keep up.

Furthermore, using Office 365 has given the business an irresistible urge to go all-out Cloud.

Other times, the idea to move to the Cloud comes from the iPhone and Office 365 mindset that I’ve explored earlier. In such cases, staff are desperate for their business technology to mirror their personal user experience of their smartphones.

And it can go further than this. Employees are now demanding the service they experience at home in their workspace.  With fibre-to-the-premise providing fast internet access, Wi-Fi coverage in every corner of the home (and garden!) and devices powerful enough to stream high-quality content and video, the workspace has to, at least, be on par.

Whatever the cue, these Cloud migration aims are totally understandable – as I’ve discussed, there are numerous, huge benefits from making the move. But, the Cloud is not an overnight fix, or a matter of a few clicks. And it shouldn’t be a decision based on the Cloud migration of a peer or competitor – especially as every organisation is different in every possible way.

Additionally, moving to the Cloud is much, much more than a matter of technology. It affects  every business area: from production to HR, logistics to customer service.

It is this final point that brings me to MSPs. While some technology matters are perfectly suited to, and should be, the domain of in-house IT, a full Cloud migration requires business expertise that goes far beyond the technology department. And it’s for this reason that many businesses consult an MSP.

The changing role of the MSP

Returning to my opening gambit – the decoupling of Capita and Birmingham City Council – I’m very aware that outsourced IT firms and MSPs have attracted their fair share of controversy over the years. Some of the complaints about them – such as exorbitant fees, millstone-like contracts, lack of transparency – are entirely justified.

The positive news is that MSPs are evolving, doing so to meet the changing needs and expectations of the businesses they serve.

One example of this is the impact of the GDPR, which means MSPs now and tomorrow must take a much greater responsibility in supporting their clients’ information management and security. Another example of the changing MSP is the move away from only selling boxed hardware. This is because many companies are fully capable of handling the hardware aspect of technology – and quite rightly, will no longer accept the traditional ‘break-fix’ model of IT outsourcing of old.

As these business needs have evolved and diversified, the MSP market has been opened up. Naturally, this means there’s more choice than ever for a business looking for support with any kind of technology change. But with more choice, comes more confusion. And I see that confusion every day with businesses of all sizes and industries.

How does this all relate to your business?

I’ve focused on Cloud adoption here because it’s a dominant part of my work and one of AdEPT’s specialist areas. But if your business needs external help with any aspect of its technology, you might find yourself being baffled by choosing an IT supplier or indeed an MSP. This is because not only are there so many more providers to choose from – it’s because many providers do themselves no favours when it comes to explaining what they do and how they can help.

This is perfectly illustrated by the number of ‘as-a-service’ options now available from MSPs. There’s ‘DaaS’ or desktop-as-a-service; ‘ITaaS’ or IT-as-a-service; ‘CIaaS’ or Cloud-infrastructure-as-a-service; ‘PaaS’ or platform-as-a-service… the list goes on. My personal favourite is ‘BADaas’ which sounds like some kind of rebellious rockstar – it’s actually Biz-Application-Development-as-a-service…

It’s no wonder then, that businesses find navigating the world of MSPs intimidating before they’ve even found a provider. But it doesn’t stop there. Often, when an MSP is chosen, the negative experience can continue. And one reason for this is because too many MSPs fail to ask the right questions.

As I’ve described above, I’ve encountered many companies whose reason for getting in touch is ‘we want to move to the Cloud’. It’s at this point that the plan of action can go the right way or the wrong way. So, when I’m faced with such a statement, I’ll ask ‘Just what is it you want to achieve?’ or more simply, ‘Why?’

I never ask this to be obstructive. Instead, I’m playing my role in being a responsible MSP – one that goes beyond pushing technology for technology’s sake. It’s a question that sets out to unearth the real business needs and ensure, as a MSP, we’re going to make a genuine difference to your business.

Asking the right questions at the start is, of course, the tip of the iceberg and I could say much more on this, but that’s a blog in itself.

Instead, I’ll touch briefly on the other aspects of an MSP that should be a dealmaker for your business – now and in the future. A good MSP takes time to understand your business from the outset; a great MSP is ahead of technological evolution, not reacting to change when it’s too late; and an exceptional MSP invests in every phase of the relationship, from presales to support. These are the qualities that will make or break tomorrow’s MSPs and the businesses they serve.

By reading this blog, you’ve hopefully learned why the ‘outsourcing versus insourcing’ debate that’s spilling over from the public sector isn’t black and white. You’ve hopefully seen why and how MSPs are changing – and what businesses should now expect from those providers. And above all else, I hope you’ve had a taster of how an MSP should be helping your business.

What is a Hosted Phone System & How Does it Work?

If you are considering investing in a new phone system for your organisation, you must have come across the phrase “hosted phone system”. The terms “hosted” and “cloud” have for a while now attracted the attention of large and small businesses. Tech media as well loves the concept and enjoys analysing its benefits and application. […]

A full-fibre future: what the copper line switch-off means for you

From calls with our loved ones, to making a business agreement, the humble telephone is arguably one area of technology that’s integral to our lives, yet is so easily taken for granted. After all, we’ve all grown up with telephones and as such, they’re part of the furniture. But in December 2025, telephony in the […]

Is outdated IT impacting your care home?

The last thing you need if you’re working in a care home right now is any concerns around your IT infrastructure. We’re all aware of the challenges care homes have faced recently – and continue to face – so it’s fair to say you just need your IT to work properly, correct? Many organisations don’t […]